The Diffusion was renowned for changing the plastic yo-yo market with it’s revolutionary performance, and in an effort to take that performance even further Yoyorecreation began experimenting with some POM plastic prototypes. These POM prototypes became such a huge hit with their team that Yoyorecreation decided they had to make a limited production run for everyone to experience! This is the POM Diffusion! 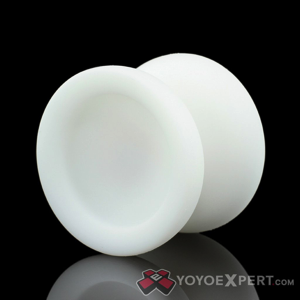 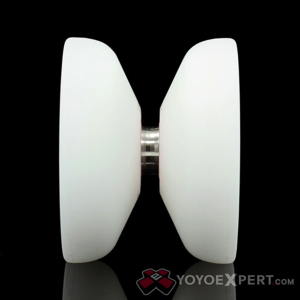 Yoyorecreation really took the Diffusion to the next level with their latest model. The higher density of POM material compared to the polycarbonate of the original Diffusion gives the POM Diffusion a more solid feel on the string, along with a much more powerful spin! The POM Diffusion has a smooth blasted finish, which compliments the already smooth texture of the POM material and makes the new Diffusion absolutely amazing for grinds.

These POM Diffusions are fitted with Yoyorecreation’s signature DS Bearing and left unengraved for a really clean look and an excellent finger-spinnable cup!

The POM Diffusion was such a success that Yoyorecreation thought they would give it’s bigger brother a little makeover too! This is the all new POM Gargantua! 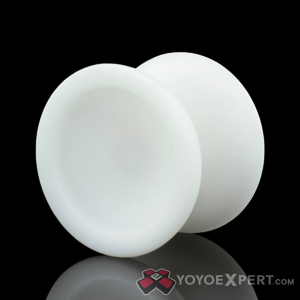 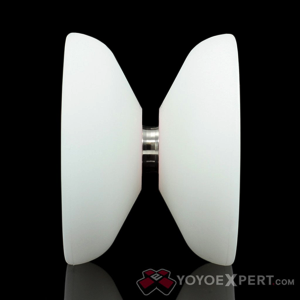 Using the Diffusion as a base model for the design, the Gargantua has been scaled to the maximum limit of what Yoyorecreation felt was acceptable for a modern 1A yo-yo. It’s big, but in a good way! And this new POM version is even better!

The POM Gargantua has everything you loved about the original and then some! The larger size coupled with the denser and more durable POM material provides an enormously powerful spin and stability that is so much fun to throw. At 72 grams it may sound heavy, but once you throw it you’ll feel how perfectly that weight is distributed in the oversized design of the Gargantua. It plays fast, stable and has a comfortable feel to keep you coming back for more!

These POM Gargantuas are fitted with Yoyorecreation’s signature DS Bearing and left unengraved for a really clean look and an excellent fingerspin cup!