The Rough Draft started as a new signature model, but it didn’t come out quite as expected. The early design had such a unique style of play that it warranted a chance of its own, but due to some production issues this one goes down in the books as a b-grade.

Why b-grade you ask? Well, during production there was a flaw that effected playability, the flaw has since been removed, but Broke Village holds themselves to a high standard of production and anything less then perfect is “B-Grade”. To sum it up – It played like a b-grade, it was fixed, it now plays like an a-grade, but it’s still priced as a b-grade. Got it? Good. 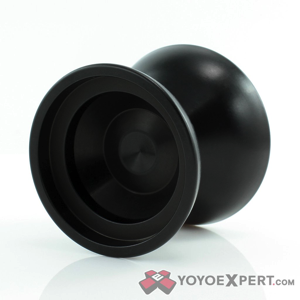 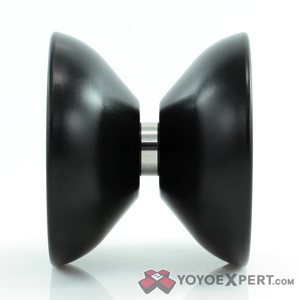 Now on to the yo-yo. The Rough Draft has a really unique design. The wide organic profile offers a huge catch zone and a nice comfortable feel in the hand. It has a solid presence on the string without feeling too heavy and the even weight distribution gives it the perfect blend of stability and maneuverability. The Rough Draft moves fast, plays great and in the end is just a really fun yo-yo that definitely doesn’t feel like a b-grade. Once you throw it you’ll swear it should have been named the Final Copy!

The Rough Draft didn’t come out how the guys at Broke Village had hoped, but while they head back to the drawing board you can pick up one heck of a good yo-yo at an amazing price!