The Yoyorecreation Sleipnir is one of the most highly praised designs in the YYR lineup. Year after year it stands the test of time and its amazing performance holds up in an ever evolving yo-yo market. To pay tribute to such an iconic model 66Percent decided to give the Sleipnir their special miniaturization treatment! 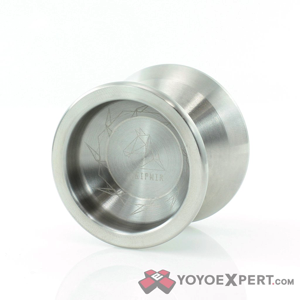 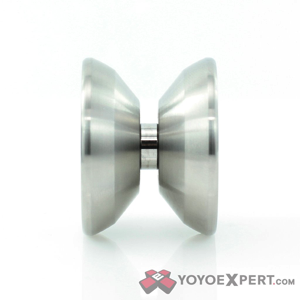 The 66Percent Sleipnir is more than just a shrunk down version of the original. If you just downsize a yo-yo in all aspects you lose the character that makes it so great. 66Percent kept the same basic shape, but the weight distribution is changed up to make this mini Sleipnir play as close to the original as possible!

We’ll let you be the judge, but the 66Percent crew thinks their new pocket sized Sleipnir is the best mono-metal yoyo they have come out with yet. Made in Tokyo, Japan.