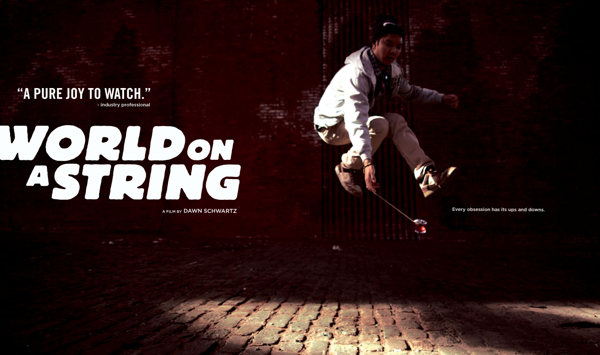 YoYoExpert was proud to be the official DVD sponsor of the film that should be coming out in the near future. We saw the pre-screening of the film and let us just say it really came out amazing!

Check out Dawn accepting her award below!
And their website here: http://stringsthefilm.com/

We Are Throwers – A Story About Modern Yoyoing

World on a String DVD Releases Tonight at YoYoExpert!!!