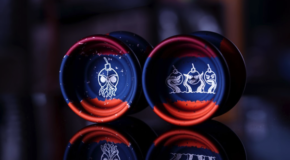 CTHULHU: From the Manufacturer: The VonBoom Cthulhu is a commemorative design for Armenias 100th anniversary of their first independence in 1918. The colors are the Armenian flag🇦🇲. These were done to celebrate my heritage 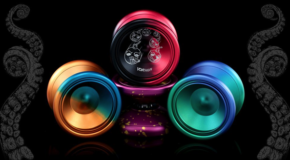 The Armament RELOADED by YoYoWorkshop!

ARMAMENT RELOADED: YoYo WorkShop released the original Armament over two years ago and it quickly became a hit taking the yo-yo community by storm! Now, they’ve put a new spin on their infamous model 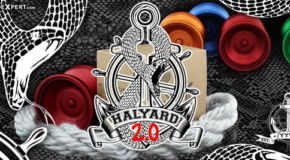 The next edition of the YYWS Halyard is pulling into port! In sailing, a Halyard is a rope used for hoisting a sail, flag, or yard on a sea-going vessel. Like these ropes, the 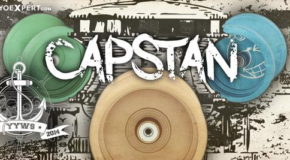 The Capstan was was YoYoWorkshop’s most difficult design yet. They had several production delays and over a year of design preparation and prototyping went into making their latest model, but in the end they 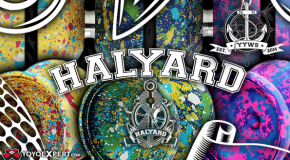 YoYoWorkshop owners Wayne Ryan (Chief Petty Officer in the US Navy) and David Albano (Mechanical Engineer) are lifelong friends and diehard yo-yo fanatics. And after the successful release of The Armament, they immediately began 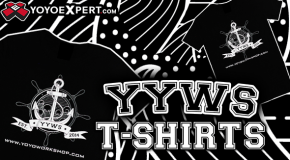 YoYoWorkshop is a fairly new company that has proven they know how to make a darn good yo-yo! But can they make a good t-shirt? YES! The new YoYoWorkshop Logo T-Shirt has the cool 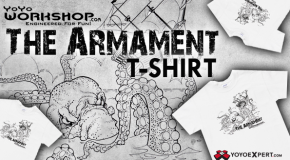 Picking up the new YoYoWorkshop Armament tonight? Don’t miss out on these awesome T-Shirts! Only $10 with the purchase of the Armament yo-yo! The artwork was done by Wayne’s father, Jim Ryan, who is 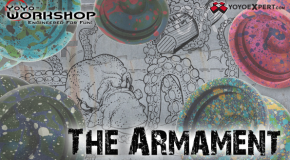 The YoYoWorkshop Armament is Back!

We just got a restock of the YoYoWorkshop Armament in all new colors! Even a few very cool Special Editions! Wayne Ryan (a Chief Petty Officer in the US Navy) and David Albano (a 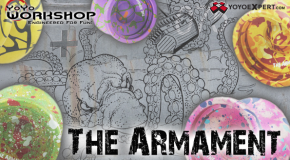 Wayne Ryan (a Chief Petty Officer in the US Navy) and David Albano (a Mechanical Engineer) are lifelong friends and diehard yo-yo fanatics. When Wayne brought up the idea of making a high-end American-made