This Saturday April 20th, 2013 the NH Yoyo Club celebrates their ONE YEAR anniversary! YoYoExpert will be making the drive up where they are putting on a beginner/intermediate contest as well as a one 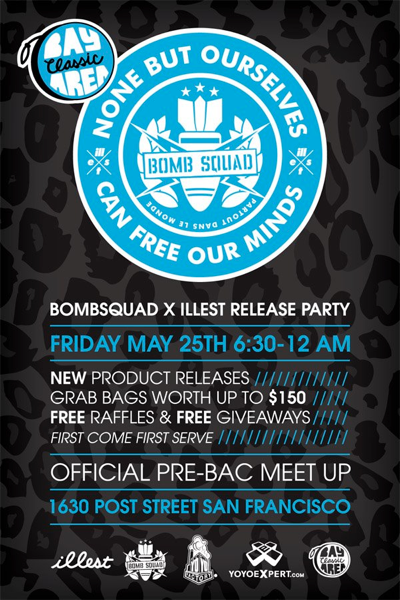 You don’t want to miss this. The Bay Area Classic Yo-Yo Contest is coming up next weekend in San Francisco. YoYoExpert will be there with a booth (focusing on shirts, bags, and string) and