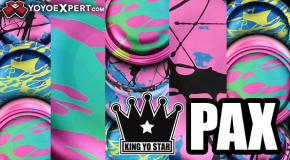 King Yo Star designed this yo-yo to satisfy the desire for a throw that offers a really relaxed experience. With its large organic shape, the Pax is a yo-yo that you can just pick 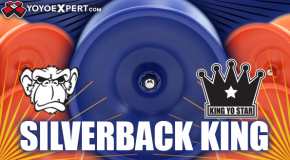 With more and more players getting into 4A lately, MonkeyfingeR and King Yo Star decided it was time to create something for their team and fans. This is the first collaboration between these two 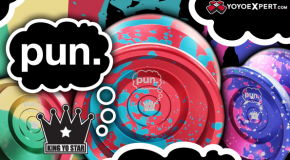 The Pun is the new Signature yoyo of Jeremy “Mr Yoyothrower” McKay. Why “Pun” you might ask? Because Jeremy is a natural paronomasiac (Just google it…) He plays with words constantly and he can’t 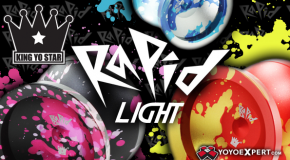 For their latest design King Yo Star wanted to make a single metal version of their popular Rapid yo-yo. Something that would perform as well, but can be offered at a lower price point. 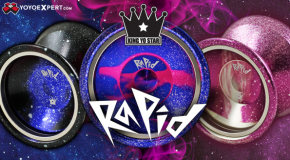 King Yo Star Presents the RAPID!

Jake Elliott is a self proclaimed picky yo-yo player and proud of it. When he couldn’t find any strings he liked, he made his own. When he wanted a better counterweight, he made his