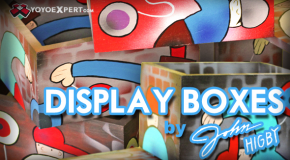 One of a kind works of art created by yo-yo legend John Higby! John Higby is one of the most talented yo-yo performers in the world and an amazing artist as well! We here 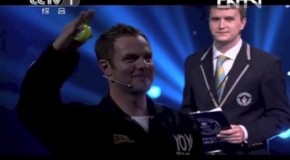 Our friend John Higby from YoYoShow recently broke his world record for knocking 14 Coins Off Participants Ears using 2 Yo-Yos in 60 Seconds! And he was in Beijing China to do it! Huge

YoYoExpert July 9, 2011 Comments Off on The John Higby Yo-Yo Apartment! 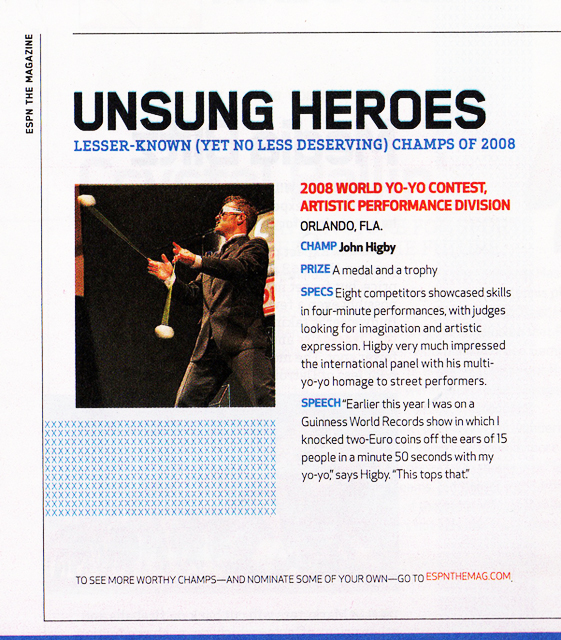 YoYoExpert January 10, 2009 Comments Off on John Higby – the Unsung Hero

John Higby is amazing: See the article below! Currently the 2008 Artistic Performance Champion John has become famous for his YoYoShow with his wife Rebecca Higby.  ESPN has now featured him in their magazine

YoYoExpert November 18, 2008 Comments Off on John and Rebecca Higby on TIME WARP

Don’t miss John and Rebecca tomorrow night 8pm central on TIME WARP on the Discovery Channel.  It is all yo-yoing in SLOW MOTION with a camera that films at 10,000 frames per second –