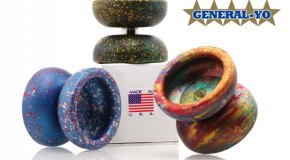 It’s been 10 years since the release of the legendary General Yo Hatrick and in honor of this special occasion they decided to release a limited run in some very cool colorways! The Hatrick 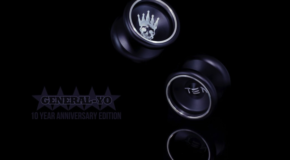 The idea behind the Mini Star 2 was to create a pocket sized throw that behaves and performs like any top level yo-yo on the market. This is a yo-yo that you can put

The General Yo Mini Star is one of our all time favorite pocket throws, and the couldn’t be more stoked for this updated version! The Mini Star 2! The idea behind the Mini Star 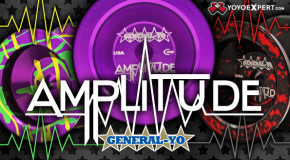 Check Out The All New General Yo Amplitude!

General Yo – We don’t exactly know how they do what they do but we do know that this small American company puts out some of the best yo-yos on the market! Each precision

Every General Yo throw is like a precious gem, they are extremely rare, sought out by collectors around the world, machined to the highest standards, and in the wake of some apocalyptic event they