We loved it! Thanks for sharing Ben Conde! #yoyonews 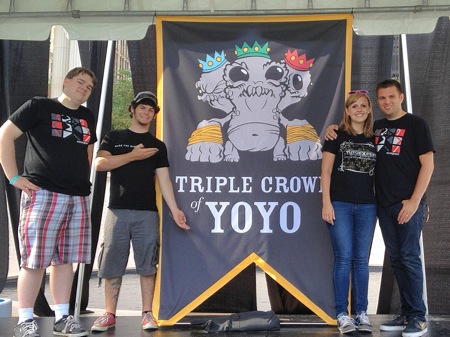 The 2012 Triple Crown of Yo-Yo happened in Chicago last weekend and was a BLAST! We had a great lineup of players and the best part was we introduced thousands of new people to

Triple Crown of YoYo is over and WOW has it been an amazing summer! André Boulay of YoYoExpert was one of the three contest organizers along with Steve Brown and Seth Peterson and is