YoYoExpert July 11, 2010 Comments Off on CLASH by yoyorecreation

It is no surprise that some of the worlds best players have used yoyorecreation yo-yos to take major contests. In Japan it becomes quickly evident these yo-yos are the seasoned players weapon of choice.

Building on the success of the 44 YoYoFactory has now released a version using their world famous “Hub Stack Technology!” To sum this yo-yo up in one sentence: Modern, refined, and streamlined – this 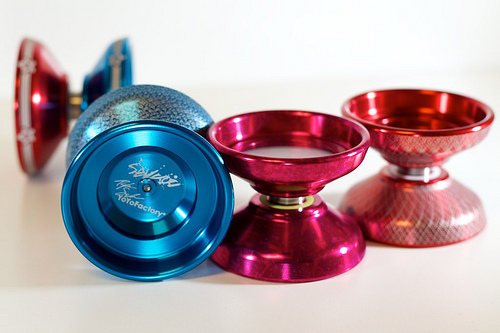 You would think the guys at YoYoFactory would take a little break after their insane 5A MAY releases. Special edition releases (and some are still available): Jensen Superstar Wavelength Superstar Sterling Genesis Undeniable Genesis 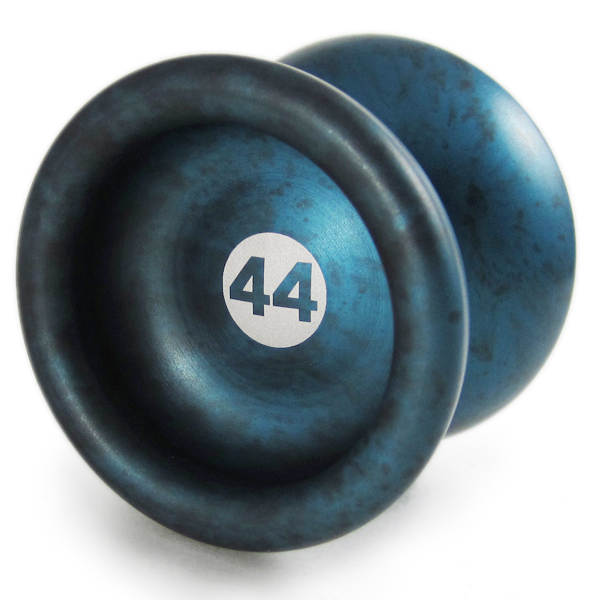 44 from YoYoFactory HAS ARRIVED

YoYoExpert April 22, 2010 Comments Off on 44 from YoYoFactory HAS ARRIVED

YoYoFactory has been releasing a lot of new yo-yos this year with each one carefully filling a special place in their amazingly solid product line.  Their newest release the 44 is one you don’t 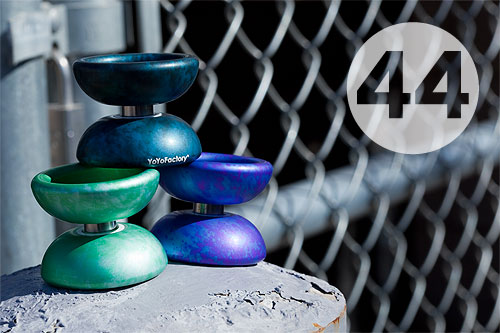 Over at the YoYoFactory Blog they have officially announced their next model! The 44 looks to be a performer yo-yo built to really be played – thumb grinds included! Check out the video below