Word on the street has it that Duncan is releasing a new yo-yo featuring magnetic spinning hub stacks.  Doc Pop snapped a photo with his IPhone and had it on his Nationals photo blog.  Perhaps this is made with the intention of tricks similar to here: http://www.youtube.com/watch?v=Y2Nlly3_rtU&feature=related 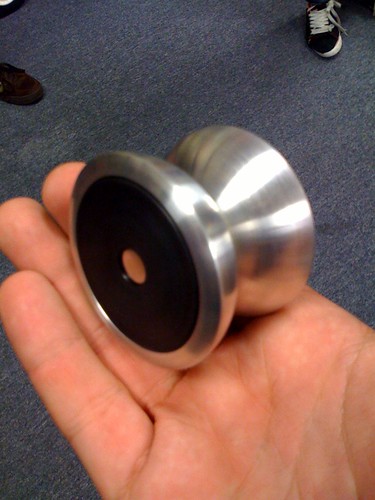