Core Co consulted and collaborated with some of the best responsive/fixed axle players in the world when designing this yoyo. This isn’t just another responsive yo-yo, this is a yo-yo designed around decades of experience in and love for responsive play. The AlleyCat! 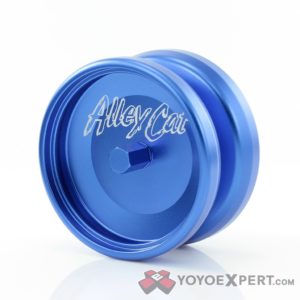 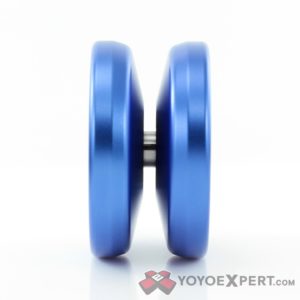 In bike culture, most notably bike messenger culture, an alleycat is an unsanctioned bike race. These races aren’t exactly serious; Fun is encouraged, yet at the same time they can be very demanding and require a lot of skill and knowledge. Likewise, this yoyo is an homage to yoyo players who aren’t necessarily interested in doing the perfect 3 minute freestyle filled with horizontal combos on stage. Sure doing kwyjibo where you stall the yoyo every single hop is pointless, but it’s also fun…and hard as all get out! 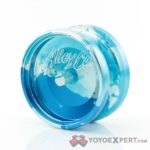 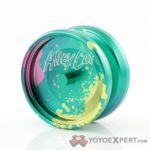 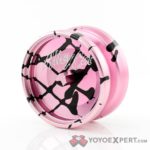 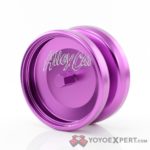 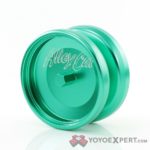 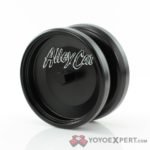 The AlleyCat is built for fun responsive play and that’s exactly what it delivers! The weight, diameter, shape, and response all serve a specific purpose in this design. Through multiple prototypes and testing Core Co concluded that an A sized bearing was the perfect fit, allowing for smoother string play while providing a more consistent response compared to the half-spec C sized bearings. The weight was chosen to not feel too clunky or aggressive during regens and stalls while the large axle post adds some centerweight to assist with looping and kickflips. And the shape itself is a careful balancing act; The Alleycat’s extremely steep angled walls have the benefit of no high-wall contact during string play, but still allow the string to touch more of the wall when wound up for better regens and kickflips. Traditional slim round rims or angled rims have small contact points that cause a decent amount of pain during mid-combo snags so Core Co chose flat rims to lessen the Alleycat’s bite on those inevitable knuckle busters.

If you’re still not convinced – Core Co decided to throw in a few options to make the AlleyCat an unresponsive pocket jammer! Peel off the original Duncan friction biscuit and you’ll find a 19mm slim pad recess underneath the flush recess. Clean your bearing, put in your favorite pad and you’re in business for unresponsive play! Need a little more spin time? The Alleycat comes bundled with large O-rings that you can slip into the sides of the yoyo to bring it up to weight! 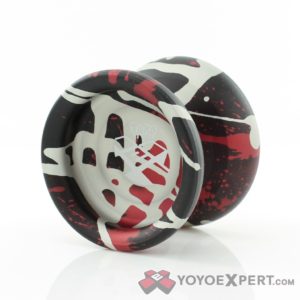 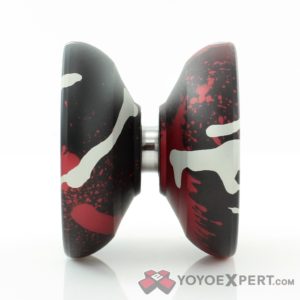 The Tako is based on a design by Logan Willis and updated to be competition ready while still retaining the features most important to him. 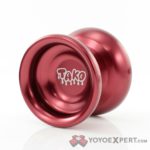 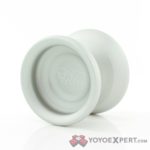 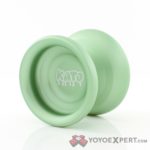 The Organic stepped H-shape profile gives the Tako the perfect combination of performance and comfort in hand, just right for those long practice sessions. It has a maneuverable and fast feel on the string with a weight just under 66g and the extreme weight distribution gives it ideal stability and spin power for any style.