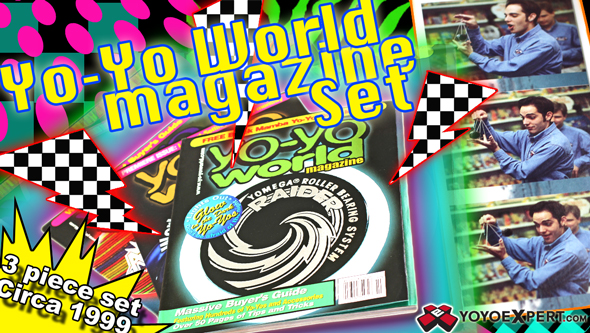 Yo-Yo World was a magazine produced by H&S, a company who published many other magazines that were influenced by the very cool fads of the 90’s.

This unique Magazine was only produced for three months and only contained 1 volume consisting of three issues. The first issue, July – August 1999, includes a “tricks and tips” guide with some names you may know and some names you will be happy to learn. The Second issue, September – October 1999, includes a special Q&A with the Founder of YoYoFactory – Hans Van Dan Elzen. The Third and Final issue Dated November – December 1999 contains an old buyers guide that gives you an idea of just how different yo-yo culture was 14 years ago. 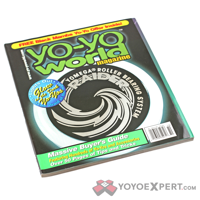 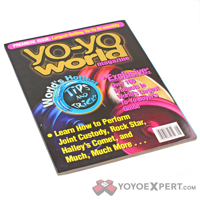 Yo-Yo World is definitely one of the most entertaining magazines we have read and it is the perfect coffee table book-set for a true yo-yo enthusiast. You will love this magazine if you are looking to get a taste of what yo-yoing was like back in the day or if you just want to reminisce and see what your favorite players were wearing in the 90s! (OOCH, AAAW YEAH!)